Training Talk
You are here: Home1 / Training Talk2 / 5k/10k3 / HCS and Periodization: How we structure training 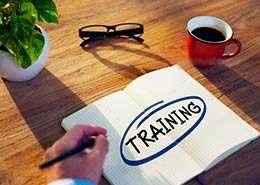 I’ve read a lot of books about training and everyone talks about “periodization.” For those that don’t know the term, it’s essentially a roadmap to your goal race. It is usually blocked off in chunks of training labeled base, precompetitive, and then competitive. The basic premise is that you build mileage and then insert intensity. As you begin to approach the race, or racing season, the volume decreases and the intensity decreases.

The general problem I’ve always thought about was that when I read about periodization, it’s typically centered around high school or college athlete…

The general problem I’ve always thought about was that when I read about periodization, it’s typically centered around high school or college athlete who typically has 2 or 3 set seasons. Summer is cross country prep, with fall being cross country season. Then winter serves as a base building segment and track prep, with spring and early summer being track seasons. These are typically great and for a long time would even work for athletes training for marathons. However, now there are races all the time, so does a traditional periodization method work? And does it work those running races like the marathon and half marathon?

The Linear Periodization model is typically what we see in athletes. This ok for those racing shorter distances because their races are intense, so the work that they are doing is race specific. For those racing longer distances, we don’t necessarily want more intense work when our race may not even be approaching our lactate threshold. What do we do then?

Above is the idea of a funnel periodization and I like the idea of this much better for all race distances because we are removing the idea of simply doing more intense work and replacing it with race specific speed and endurance. In this chart, the dashed line is the volume and that’s what the High and Low is referring to on the right, not high General Speed and low General Endurance. It took me a second, too! Essentially, the top line for speed starts out as general and works towards specific, while endurance starts at general endurance and works towards specific. When you look at our training plans, you’ll see that this is the general model that we follow.

Traditionally, training segments were designed for 2 or 3 major races (or racing blocks for shorter races). For instance it might be regionals and state final in cross country, and then state finals for indoor and/or outdoor track. Where many adults run into problems is they want to race at a high level several times per year. I think for many of us we should address several issues with periodization and racing in a practical sense

There’s a lot to deciding on a race segment, regardless of race distance. If you have read any of our work on philosophy then you know that we talk a lot about moderate mileage and balance in training. This is for more than just punishing my athletes! Rather, if we are in relatively good shape the majority of the time, the we drastically reduce the time we need to prepare specifically for any race distance. Now, on the other hand, when we are habitually low mileage and/or focus on one aspect of training for too long, then you’ll need a much longer time to shift gears to sufficiently prepare for a race. Now, there’s nothing wrong if that’s your style, but it simply affects how you can prepare for a different race. I will say this, though, that if you train for marathons then your time needed to come down for a 5k will be much shorter than if it’s the other way around.

What should my training block consist of?

With our marathoners, we’ve discussed in depth the pillars of our training: balance, consistency, moderate to high mileage, appropriate paces, and active recovery. Without one of these the whole philosophy begins to crumble. These pillars are not just for the marathoners but are applicable to all racing events.

The point is that no matter the race distance, balance is key- meaning that speed, strength, tempo, long runs and easy days are all important. Now, these may be tweaked in terms of placement and race specific intensities, but no single component should be neglected during training. I feel this is especially true for anyone not in a specialization setting (high school or college track team for example).

What happens when I race the same distance continuously?

For starters, refer above to what we just discussed. What happens when a person races the same distance over and over is that they will often become stagnant and plateau. The reasoning is because many times they simply lose balance in training and certain components become ignored for months on end. For example, if all you do is 5k races, chances are you’ll avoid doing any work at marathon pace or anything really between an easy pace and lactate threshold. The problem is that you really aren’t providing any stress at a “high aerobic” level and limit the growth of your aerobic foundation. Instead, you may be trying to pull your fitness up by only trying to improve your VO2max and top end speed. As you will hear me preach, both of those (the peak of your fitness house) will ultimately be limited by the aerobic foundation of your fitness house. The opposite can be said for folks who only run marathons. If you find yourself doing this it may be time to consider what you are lacking and break your typical training with a segment that works on those weaknesses. Then, in the future, make sure you incorporate that balance and avoid having to fall into that situation again.

Is it realistic to expect high levels of performance all the time?

In short, no. I mean that in the nicest way, too. What I will see is athletes put way too much pressure on themselves to be at peak form at all times. That’s just a tough spot to put yourself in when trying to commit to being the best runner possible. If you are segmenting your training right you just won’t be in a position to run Personal bests all the time.

So then you’ll need to ask yourself the question, “why am I running this race?” Then you’ll need to follow that with “Am I ok if the results aren’t what I’m accustomed to?” If your big picture goal is, let’s say, qualify for Boston, then is running this race going to help or hinder that? If the answer is hinder, then I’d probably pass on it. As for the question about results, I am all for doing a test run, but if I am training for a marathon then I shouldn’t expect to run a great 5k when I’m knee deep in marathon pace training. Just like our training, our races should have purpose- at least when a bigger goal is in mind.

Should I race during my non-peak fitness?

There are sometimes when racing is just not a good idea and others when it can be beneficial. When coming back from a big goal race you want to make sure you are recovered (time off) and have given yourself several weeks to return to not only running, but also workouts.

When looking at the funnel style of periodization, that leaves the middle to the later portions of the training to race. Your weekly volume and the race that you are training for will determine what races should be appropriate.

For instance, let’s say you are brand new to running and want to run a marathon. I wouldn’t recommend just training for the marathon without any race experience. So, while building your general fitness it wouldn’t be a bad idea to run progressively longer races spread out over several months of your goal marathon buildup. In this situation our goal isn’t to necessarily run fast but rather have checkpoints along the way. This way your first race experience won’t be a 26.2 mile crash course in racing.

As for shorter races, there’s a number of things to consider. For those racing the 5k and 10k distances, a race can fit in nicely as a tune up or even a workout. During general fitness building, let’s say 6-8 weeks out from your peak race, a 10k might be good race because it will allow for a tempo (Lactate Threshold) workout and will also give you a chance to see where your fitness is currently at.

From there, if you are planning on going after a 10k peak race, I would consider a 5k race 2-3 weeks before your first big attempt. When you go after that peak 10k effort, you will probably really have about two good chances in the 3-4 weeks of tapering. Some people might be able to sneak that out to six weeks, but after that you really run the risk of getting burnt out, stale, and seeing decreases in performances. As for the 5k, it’s a little tougher but a 1 mile or 2 mile effort would be great about 2-3 weeks before your peak effort. Then you can follow similar guidelines as we just discussed for the 10k, just replace 10k races with 5k races.

There’s a couple points to consider when planning all this out:

The first is that only do the races if you are ok with not being in peak form. Understand what the goal is for each race you are doing. These should aid in building confidence, not deflating it. The second is that you really have to be careful with racing too much during the segment. For me, the main reason is that if you start replacing all your workouts with 5k races on the weekend then you start the practice of surviving the week to get the race. At that point you stop building fitness and end up just holding on until the end of the segment- if you make it that long without getting injured.

Hopefully, this has shed a little light on our training systems throughout the racing distances and what makes the wheels upstairs turn a little bit!

Increasing Training Mileage: How to and when to stop!
Scroll to top