The last tempo run or the last long run before a goal marathon can bring on these types of outbursts from even the calmest of people. I joke, only because I have done it myself. Truth be told, I would rather a person have this kind of response than a “Holy cow, I am going to crush this response” As we all know with the marathon, it is easy until it isn’t. That’s a whole different story and today I want to focus on putting your mind at ease as you go into the taper phase of your marathon. Yes, you can run 16 miles more at that pace. Yes, you can run 26.2 miles at a pace faster than you just did your last long run. Below, I will discuss a few things that should help put your mind at ease.

The first, and biggest source of gainz, is the taper. I have written a lot about the physiology of the taper, so I won’t rehash it here. If you want all the details, consider signing up for my Marathon Mastery course.  But two very important outcomes occur with a well-executed taper. The first is that you can expect to see an increase in performance of about 3%. Some articles will go to 5%, but to keep things more realistic, let’s say about 3%. The second is that you can run farther at the same effort.

Let’s take a 3:30:00 marathon, which is about 8:00 min/mile. Let’s say that you have run your tempos at right about that pace. They weren’t max efforts, but there’s no way you could have gone more than a few more miles at that pace. (how should marathon pace feel). If you get a 3% boost in performance, those same efforts become 7:45 pace. Now, I am not saying you can now run a marathon at 7:45 per mile now, but think about how much easier 8:00 per mile is going to feel! If you could have made it 13-14 miles at MP before the taper, could you make it another 12-13 miles now with that buffer? Possibly, but there’s a number of other factors involved like nutrition, hydration, pacing early on, etc. The point is though that you will be able to put out a lot more miles by this one thing.

Think of super-compensation. We all know this, you do a workout and in the short term, your fitness decreases. After a few days, you get a slight boost in fitness (even though you don’t feel it). Then you continually repeat these cycles over the course of the segment. So think of it on a bigger scale. You are tired, fatigued, and have purposely suppressed your fitness level in training. The taper takes that lid off and allows your fitness to expand to a new level.

The second is being in a race situation with a group. There are a couple of things here. One is that your focus is higher, you are interested and paying attention (hopefully). You have a healthy amount of anxiety and tension, which goes away as the race starts.

Think about those dark early mornings. Those hot summer afternoons. The days where you scrambled to fit everything in. You were probably not in the “optimal performance” zone on the chart. Training can be mundane and less than exciting for the vast majority of your dates. Ideally, along with the taper, your physical and mental stress decrease to allow you to feel better about where you are at and put you in that optimal performance level. How much does this add to your performance? That’s tough to say, but it will certainly make a difference.

The second part of this is actually having people around you. Most of my athletes do their workouts alone or with maybe one other person. It’s tough being forced into focusing on every repeat or every mile by yourself. Plus, with no one to block the wind for you, you are physically working harder. Being in a race with people around you blocks some of that wind and makes the effort easier.  Again, how much does it help? It’s hard to put a number on it because there’s a lot of variables. However, if anything, it allows you to not have to spend a lot of mental energy in the early stages of the race and leaves some reserves for the later stages.

The last area of focus is the Super Shoes. There’s no argument now, simply put, if they didn’t work, they wouldn’t be regulated! The data I have seen shows that you can see numbers that look a lot like a taper- upwards of 3% improvement on times. There are some interesting points I have seen too, where if you are more heel to toe, you’ll see more benefit than a person like Kipchoge, who’s not landing heel first. Also, since elites are more efficient, they’ll see less benefit than that of a 3:30-3:45 marathon runner. I think where these really help the average marathon runner is late in the race when the form can start falling apart a bit. These can keep you on pace during those late stages where the wheels start to come off. Again, if you want to run 3:30 and a pair of shoes can make that 3% easier, you aren’t necessarily going to go out 3% faster, but you’ll be able to run that race pace a lot longer and reap the technology benefits late in the race as your body starts to betray you.

To close this out we have to address the obvious. Even if you do all these things, don’t think for a second that you’ll just coast in for that rad new personal best. There are going to be a lot of factors you can’t control. There are going to be mistakes made on race day that you’ll have to correct. And, you’ll get to a point in the race where you will have to dig deep, decide if you really want to experience that kind of discomfort, and FIGHT for it. But you can, because you had to do all those nasty workouts when nobody was watching.

If you appreciate the content I am putting out for you and find value in it, please consider buying me a cup of coffee. Much appreciated! 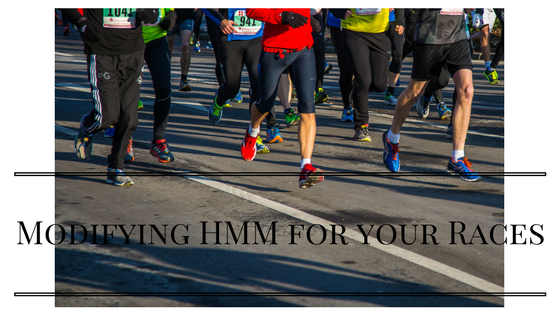 In our open Facebook group we have about 3,000 members (at the time of this) and so thanks to them I have a nearly unlimited…