This was recently a question that my athlete, Lisa, posed to me. I sat there and thought about it, but ultimately I only came to the conclusion that this was a great question. My answer is, (insert drum roll) that it depends. Unfortunately, a question like this has a ton of different answers  with caveats. However, I do think it deserves a look into because one of the items I always stress is to learn how paces feel.

While thinking about it, I think there’s four major areas we need to look at.

Strengths as a runner:

Your strengths as a runner will initially play a role in how marathon pace should feel. We have done a few blogs about finding these strengths and how to “score” yourself. We actually start the Hansons First Marathon book on these premises. I won’t dive into those here, but the bottom line is, the makeup you possess as a runner will dictate how marathon pace feels. If you are a speed demon who loves ripping up the track every Tuesday evening with the local run club, then there’s a chance you dread the Thursday tempo. It seems to be harder to run 6 miles at a pace that’s significantly slower than what you were whipping around the track at a couple days earlier. On the other hand, if you are a person who loves going out and putting in miles, marathon pace is probably your place of refuge.

Timing  and length of the workout.

This could mean the timing of the segment, but also the time of year. For instance, people training for an October marathon will begin their training in early to mid June. If they took some down time and then jump into training, they aren’t very acclimated. This certainly isn’t going to make marathon pace feel very easy. Luckily, you aren’t running very long tempos at that point, but it can certainly be a dream killer.

On that note, the first marathon workouts may be tough because it’s pace and duration . We’ll talk about those making big jumps in a second, but for now we are just talking about the distance at that new pace. Initially, that workout might feel like a lung burner because it’s currently out of the realm of possibility to run that pace for an entire marathon. In some cases, it might actually be more like half marathon pace. However, as time goes on, your fitness will improve. Ideally that pace feels more an more comfortable. Your effort is harder because of the increasing distance of the workout and the pace isn’t your primary issue anymore.

How big of a jump are you trying to make?

Along the lines we have already talked about, the amount of improvement you are trying to make will play a big part in how pace feels. If you have someone whose running their 15th marathon, they probably aren’t swinging for the 30 min PR fences. They are just trying to eek out that 0.5% to 2% improvement or maintain that BQ status. On the other hand, if you have a relative newbie whose just now learning about structured training, they might be trying to hit that walk off homer. For these folks, they are talking about doing tempo runs at what they might have been doing speed workouts at last year. This is going to be a major effort, especially early on for them. Mind you, I am not saying they should or shouldn’t be going for it, rather just pointing out that they might be in the “what have I gotten myself into” camp for a while.

What is your goal pace?

Before I get any emails about being elitist, let me be clear, I am not downplaying anyone’s ability. I am simply talking about training. With that disclaimer out of the way, slower runners will have a harder time differentiating tempo runs from easy days, especially early on. What I have noticed is that the grey area for prescribing paces occurs about that 4 hour goal mark. This is where things get a little blurry. At this point, runners will sometimes be running their easy runs faster than what their goal marathon pace is. Why? For most folks, their general endurance is going to be their limiting factor. In essence, can they just cover the 26.2 miles and keep it together? So, I don’t necessarily worry about these folks as much because if I can just keep them healthy and putting consistent miles in, then they will run pretty well. THEN, we can start really laying out some goals for them.

But Luke, you never really answered the question- how does MP feel?

You’re right, but what I wanted you to think about was all the factors involved and how you personally react to these variables I discussed. This whole layout was for you to think about what you go through on the tempo days. However, I’ve training with the Hanson philosophy since 2004 and I will tell you this. When I was at my highest fitness levels, the 10 mile tempo was always a big workout, but when I ran it, I always finished feeling that I could have went farther.  Not 16 miles, but I felt like I could have gone another 3-4 miles at that pace. I could talk to my teammates in short sentences. I was breathing hard, but I wasn’t labored. When I got to that point, I knew I was ready to go.  If I could do that in the middle of a 120-140 mile week, I knew I could run that on fresh legs for a really long time. For you, that might mean feeling like you could go another 2-3 miles after a 10 mile tempo in the middle of your peak weeks. If you get to those 8-10 mile tempos and they are essentially races, then you are probably in over your head a little bit and need to evaluate goal pace, recovery, overall volume, etc.

Bottom line is that if you struggle early, don’t panic. But if by the time you’ve reached 6-8 weeks to go and you just can’t find your rhythm, then don’t be scared to re evaluate. I think this is especially true for the folks trying to make the big jumps.

You have Successfully Subscribed! 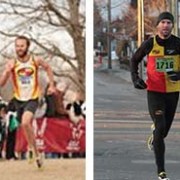 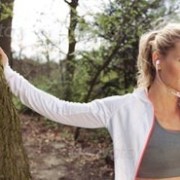 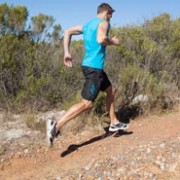 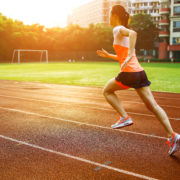 Why is there marathon work in my speed segment? 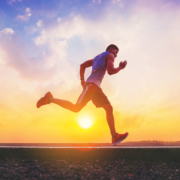 No images available at the moment

Hansons First Marathon: Stepping up to 26.2 the Hansons Way
Scroll to top