You are here: Home1 / Training Talk2 / Marathon3 / Post Marathon Recovery: Why so long?

Check out my video podcast about this topic ( in detail ) below! Click the button to the right to go to video podcast!

One of the more common questions that I receive revolves around the recovery, and why we prescribe “so much” time off. We even get a number of emails asking how we can tailor the program to fit multiple marathons in over the span of a month, or two. There’s a number of reasons why we don’t really devise plans to fit the later request and the reasoning is mainly because of the first issue- the need for recovery. What I’d like to do is go over some of the basics of what actually happens to us during the marathon and why we really do need to put a focus on that recovery process. 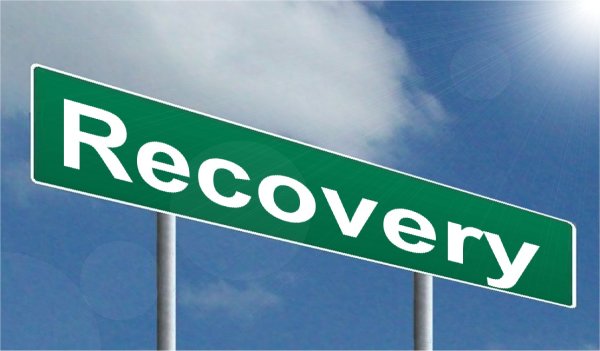 First of all, let’s get right to the biggest misconception out there: lactic acid. The pain or discomfort that you are feeling is not lactic acid overflowing your bloodstream. You weren’t running hard enough to produce massive amounts of lactic acid and what you were producing was recycled in the liver during the run back into glucose. So, anything that was in your bloodstream was gone within several minutes of finishing. By the time you race over 35 km (18.8 miles) you’re intensity isn’t high enough to produce large amounts of lactic acid.

So, instead of lactic acid, I want us to think about what our main culprits for marathon fatigue will be. We know that a few things happen from a metabolic and physiological standpoint. We know that we become dehydrated, glycogen depleted, and that there is actual damage done to our muscle fibers. Dehydration and glycogen depletion has been covered extensively here and elsewhere, so I’d like to shift our focus to muscle fiber damage.

In 1985, Warhol et al. looked at skeletal muscle injury and subsequent repair in 40 amateur runners upon completion of a marathon. Of these 40 runners, the majority trained at an average of 36-70 km per week of training, which is equivalent to about 40 miles per week. Unfortunately, it was not stated how long these athletes trained for this race. What was found was that those who slowed down more than 15% from their first 5k of the race to the last 5k of the race, showed significantly more muscle damage than those who maintained their speed. This is probably not anything revolutionary to most people. I think we all expect that there be muscle damage immediately following a 26 mile run. However, this study then looked at muscle damage over the next several weeks to guage how well the muscles responded. Another study by Coso and colleagues looked at blood markers in 40 marathon finishers immediately following competition an again over a period of several weeks. Here’s a quick look at the results:

What can we take away from this? One, that recovery is highly individual. While we didn’t know the experience level of these athletes, I would bet that there is a high correlation between training level and subsequent muscle damage. Regardless, most runners will still need to allow for muscle glycogen replenishment for several days to a week and will have at least light damage on a cellular level. 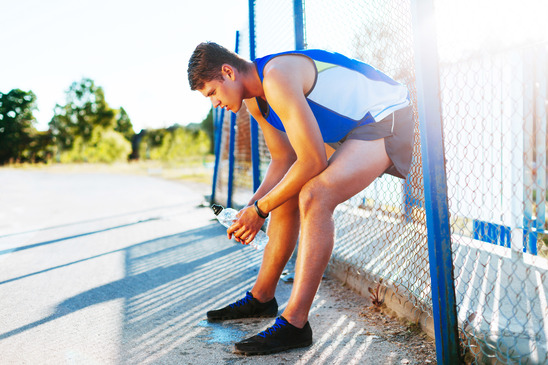 With that said, my guidelines for returning to running would be as follows:

What can I do on during downtime?

Use these guides as your basis of recovery. I know that people will still ask me about running multiple marathons in short periods of time. I’ll be honest, you are different kind of animal that cannot be contained! I just want you to be aware of what’s going on with your body. If you find yourself stuck on a performance plateau after running marathon after marathon, this is an area to take a look at. For others, it can simply be an estimate of how long you’ll need to get everything back to normal.

In the new second edition of Hansons Marathon Method coming out this December, I offer a lot more detail about the most effective methods for daily recovery. I also explain the needs for longer-term recovery between races to help runners plan what’s next. Check out the book HERE. Make sure to use the code HCSPRE to receive a special $20 discount from us!

If you want to stay up to date with everything going on, please sign up for our email list! ( below )

Check out my podcast/video explaining this topic in detail!

No images available at the moment

Self Assessment Series: Part I

Self Assessments Part 2: the VO2max self test
Scroll to top