The last 4-6 weeks of your marathon training means a lot is going on. You are tired, you are hungry, and the training is at its most grueling. So many times one of two things happen. One, the training gets scaled back because that always seems to be the easiest to blame. The truth is that is the source of your dilemma, but also necessary. The second thing that can happen is a runner can push through or neglect certain things and become overlooked or injured. You can see our dilemma here. There is a delicate balance between following the plan versus crossing the fine line of cumulative fatigue and overtraining. The truth is, that we focus all our success and our failure on the numbers of the calendar when there’s so much more to this jigsaw puzzle of marathon success. So, what I have done is compiled my top 5 list of things that need to be done during these last weeks of training to make your marathon as successful as possible.

If you can abide by these five items, you can survive your last 4-6 weeks of marathon preparation. Don’t fall into the trap of blaming training runs on lack of attention to detail. Finally, take these last few weeks on a day to day basis. It is hard, that I fully understand, but it will all be worth it in the end!

This year I have taken a much bigger effort to connect with the thousands of people that have used the Hansons Marathon Method over the last few years. Not because I was unsure if it would work, but rather to make sure I was doing a good job of communicating the main idea of the philosophy: cumulative fatigue.  What I learned was well, it is a mixed bag. Some of it is I think people buy the book but just follow the program and wonder why it’s so hard. This is a small group, but there isn’t much more I can personally do if they don’t want to explore why we do what we do. Then there’s the group who do everything by the book (literally) and see success. Then there’s the group that I need to do better job of coaching. With that, my aim is to pull out all the stops with the idea of cumulative fatigue. 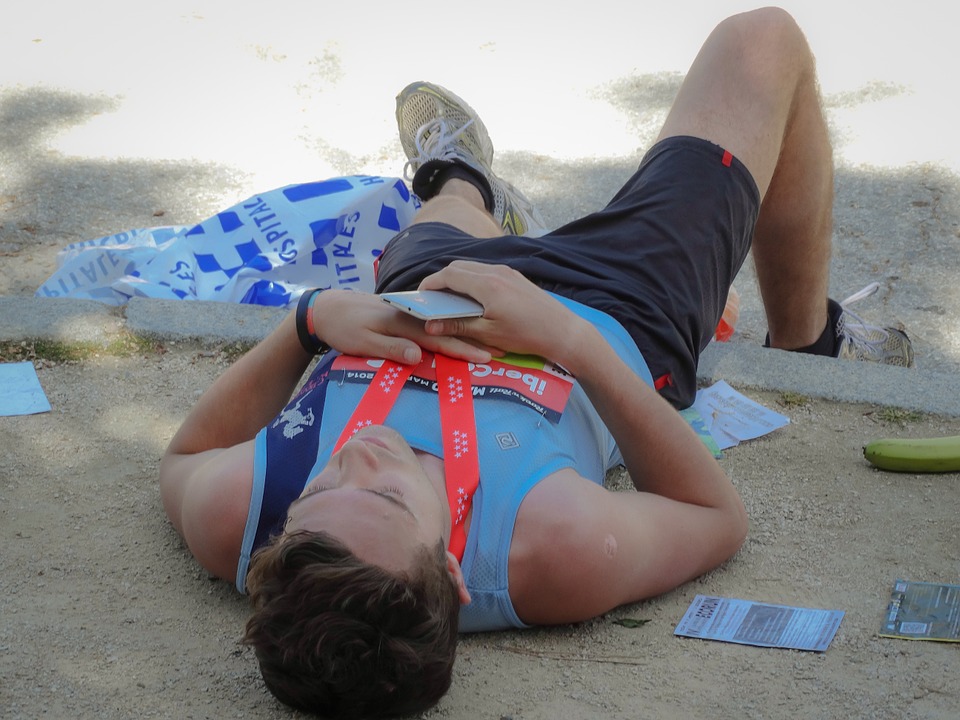 The result of a successful marathon!

What is cumulative fatigue?

What exactly is the definition of cumulative fatigue?

Here’s my version of the idea: When fatigue is coming from the culmination of training and not from one specific aspect. The athlete is fatigued, but still able to run strong, and not dip past the point of no return. The end result is that the runner becomes very strong, fit, and able to withstand the physical and mental demands of the marathon distance.

So, what do we do to achieve this end result? To me it’s really about 4 components for the marathon. Balance, Moderate to High Mileage, Consistency, and Active recovery. 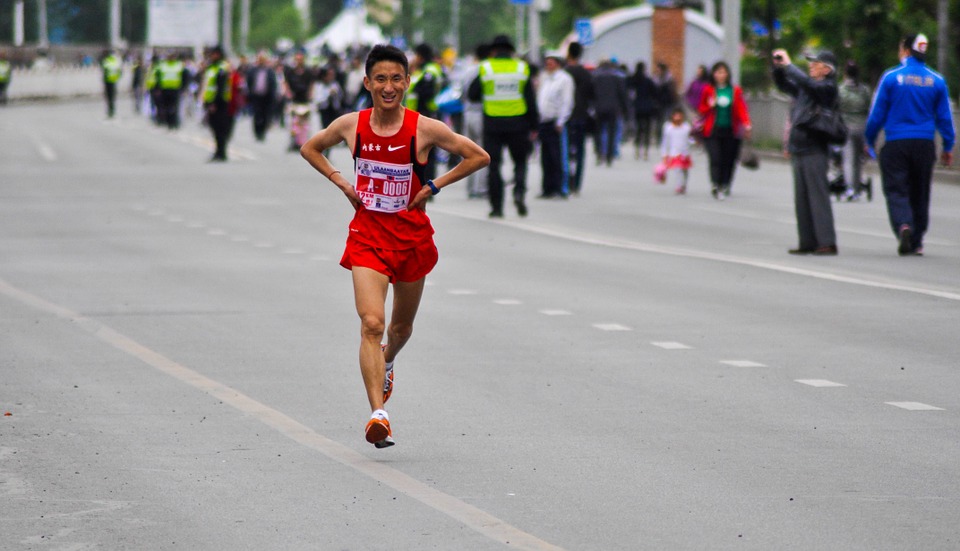 What are the components of CF?

As you can see in figure 1, there are four “pillars” I use in reaching a person to reaching cumulative fatigue. We’ve talked about these a lot, so I’ll just link to those discussions.

What I will say here though is that these components all work as part of the entire system.

When you pull one piece out it’s like a giant Jenga tower spilling all over the dining room table.

Then what? You’re just left to pick up the prices and start over.

For instance, let me share with you a common scenario I will see in our Facebook groups. A person starts the program but doesn’t completely by into part of the program. Seemingly, it always has something to do with the idea of a 16 mile long run (insert shocked voice). I feel like one of two things happen. The most popular is that the person doesn’t really think that 16 miles is long enough and make their long runs the typical 20+ miles in a 40 to 50 mile week. However, in order to have enough energy, the rest of the week suffers somehow. A skipped workout here and a shortened tempo run there. Before long, the original training plan is a shadow of its former self, but the runner still feels like they are “following the method.” The second is that the runner believes too much in the 16 mile long run and develop a belief that the program is centered around the long run. They feel like even if they skimp on the rest of the training the 16 miler is all they need.

The bottom line is that the 16 miler alone won’t get the job done. Like any training, or cumulative fatigue component, it’s the sum of parts that makes it successful.

Past discussion on CF 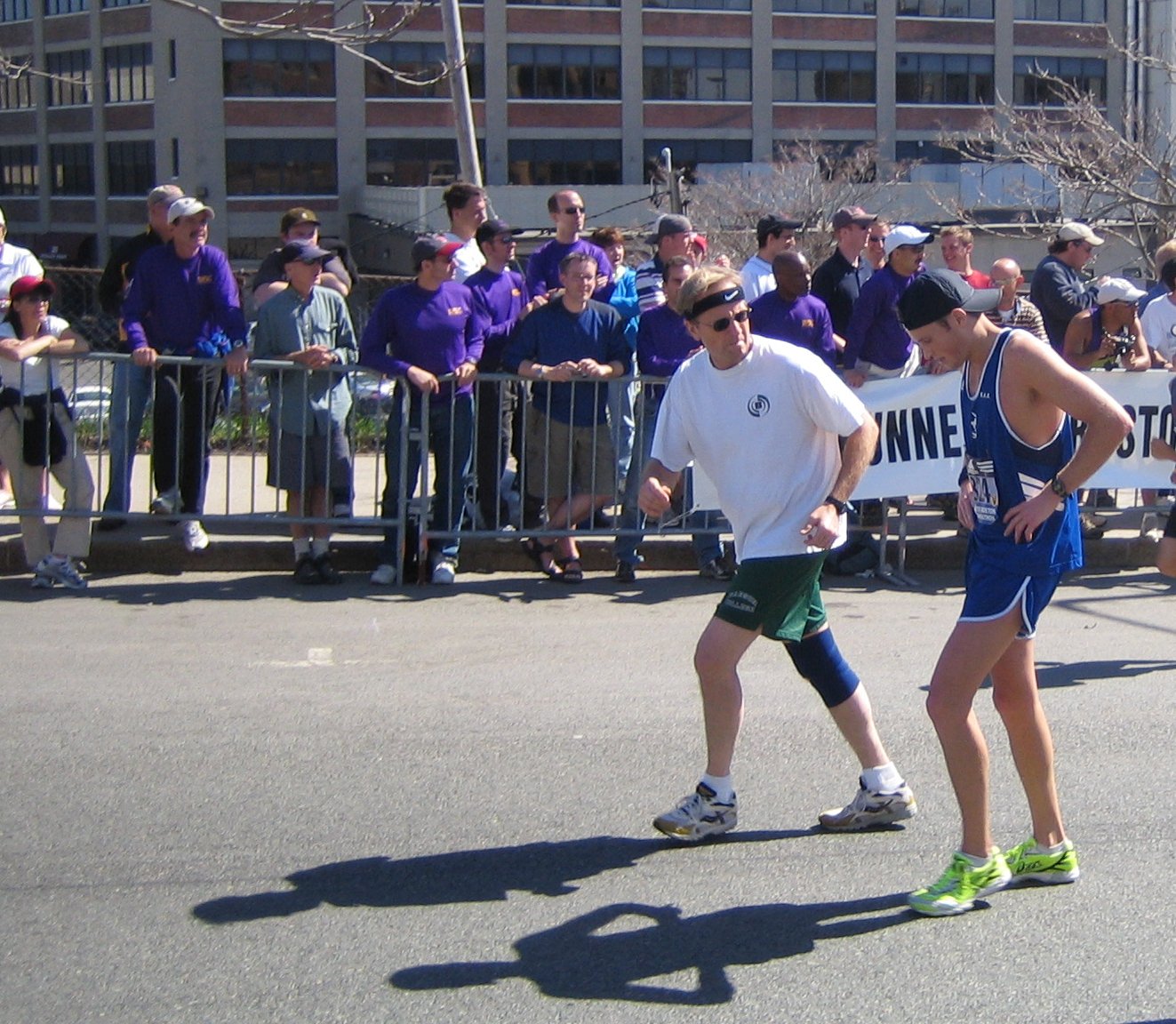 Know the difference between Over training and CF

What is the difference between CF and just overtraining?

THE DIFFERENCE BETWEEN THE TWO:

When you are in a functional overreaching, you will be tired but your performances in workouts will not suffer.

When you start feeling like crap and your performances are getting worse, you have likely crossed that line into functional overreaching.

Now, there’s always a caveat to these things. Let’s say you were running too fast to begin with and through training hard you’ve slowed down to what you were supposed to be running? If so, I don’t think it’s non functional, rather a correction. Where you will get into trouble is if you continue to try to hit the paces that were too fast. Rather, settle into the proper paces and let your fitness and body come back around. You’ll still feel tired, but as long as performance is stable, you’re ok.

How do I reach CF without going too far?

And here we go. The meat and taters, if you will. There’s a number of things we should do 1) before we even begin training and 2) during the early stages of a training plan that will help immensely with our goal of cumulative fatigue and not over training. From there, we can discuss the things we need to do during training that will help safeguard us while in the hardest sections of the training.

Before we even start:

Early in the training:

I made a post about this a bit ago and I think is a must read for everyone new to the idea of cumulative fatigue: Avoiding the early pitfalls of marathon training.

A few keys to take away:

If you can do these things, you’ll set yourself up to be able to not only tolerate training, but also maximize your training adaptations during the last 6-8 weeks of the marathon segment (when it really counts). You’ll put yourself in the zone of cumulative fatigue without crossing the threshold into overt training.

What do I do if I take it too far?

The end result of what I saw many folks doing was taking cumulative fatigue into nonfunctional overreaching by the time they got to the strength segment of the marathon plans. If you find yourself in that zone or rapidly approaching it, here’s what I would do.

The end goal is two fold. The first is to teach you how to train, regardless of system you use. We want to take you from guessing to knowing the how, what, and why if becoming a runner (regardless of pace, as pace is irrelevant). This is an ongoing process and hopefully incorporated into everything we provide. The second is what you are immediately concerned with- getting to the starting line healthy. I realize that things rarely go perfectly as planned. If you find yourself in such a situation let’s cut our losses, minimize the damage, and get to the starting line in one piece. This will at least allow you to run your race and you still might even just surprise yourself with what you can still accomplish. It certainly doesn’t have to mean throwing in the towel on a training segment!

Listen to our PODCAST on Cumulative Fatigue

This consists of what I would describe as the pillars of the Hanson philosophy. While we do certainly go into length in our books, it is so important for anyone that is using the system, or even thinking about the system to have a full understanding of why the training is the way it is. Ok, so let’s just jump right in!

What is our goal with marathon training? Well, yes, it is to finish as strongly as possible. Thanks to all the smarties out there 🙂 Let me rephrase, what is our end goal from a training standpoint? From the Hanson view it is to develop a high level of marathon readiness through the concept of cumulative fatigue.

Cumulative Fatigue: The development of fatigue through the long term effects of training which results in in a profound increase in running strength. In other words, it’s not one workout that makes you tired. Not one sticks out as being “the one” but rather you are fatigued/tired from the daily grind. The important aspect here is that you aren’t training too hard so that you are in a hole that you can’t get out of. And there it is, how do we train hard, but avoid overtraining. Well, Charlie, let’s find that golden ticket!