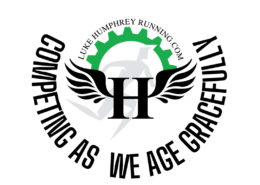 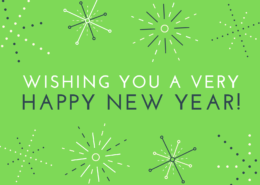 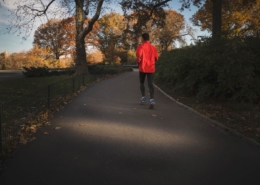 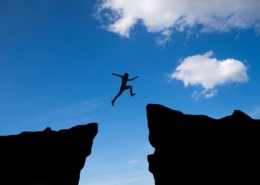 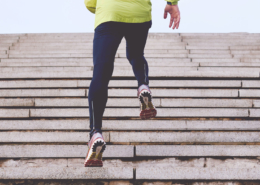 TRAIN WITH A PURPOSE & A SUPPORTIVE COMMUNITY.

Training Plans for any distance

What others say about us

I’ve been running for years and got into marathoning in 2014. This was after running track / cross-country all through high school and college. I left my D2 university in 2008 with personal best of 1:55 in the 800m, a 15:59 5k and almost no passion to keep training.

After a few years of not running I got the inspiration to run marathons after spectating the Pittsburgh marathon. I figured if the hordes of people out there can do a marathon, surely a seasoned runner such as myself should be able to run a sub 3.

So, I started haphazardly training and debuted with a 3:14. I got a bit more serious and ran the Philly marathon next year in a 2:57. My training consisted of some longer runs with plenty of fast stuff. Having qualified for Boston I spent the next 12 months base building to build my marathon strength. I followed a more traditional training plan that consisted of 20 mile runs with fast finishes and a couple of weeks with doubles. There were a few mile repeats sprinkled throughout, but nothing too serious. I got up to 80 miles and sensed a fast time around the corner.

Frustration was setting in. I wasn’t getting better even after running thousands of miles since my 2:57 in 2015. I looked for another training method and stumbled upon Hansons. Des had just won the 2018 Boston (which I also ran!) and figured if it works for her, why not me?

I devoured the book in a week and plotted out my training plan. I didn’t miss any of the key workouts and spent plenty of time running at 6:30 pace. I only ran beyond 16 miles once and my mileage peaked at 68 miles per week.

I’l admit I was nervous heading into the Columbus Marathon. The idea of only running 16 miles was somewhat ludicrous, but I put my faith in the training plan. I also wondered if the fast 10 miler about 10 days from the race was wise. Would I have time to taper and recover? It was too late to turn back so I tried to assure myself I’d be okay.

Well, Columbus was a huge success. I ran a 2:50:45 and my fastest 6 miles were the last 6 miles of the race. In hindsight I’m astonished, but I shouldn’t have been. This is exactly what the book described would happen.

Thought this could be helpful to you but then again, I’m sure you get emails like this all the time. My plan is to run Pittsburgh in 2019 then NYC in the Fall. Hoping to get a 2:45 under my belt!

Thanks again and keep up the great work!

I just wanted to tell you how happy I was with Corey Kubatzky and the Hansons Coaching I received this summer. Corey helped me run a minute and a half marathon PR two weeks ago. I had never used a coach before but I had heard good things about the Hanson’s coaches and had followed the program on my own before. When Corey initially laid out my training runs for me, I thought they may be too aggressive. I can’t lie the runs were tough at first, but my body adapted and he pushed my running to places I didn’t think I could achieve. This summer I was in the best running shape of my life, ran the most miles I have ever run and did it injury free and I owe it to Corey and Hanson’s coaching. All summer I was looking forward to reaching my goal and finally getting a chance to rest but for some sick reason I already miss the workouts.

I am a 53-year-old life-long average marathoner, Coach Melissa on the Hansons squad has been tremendous to work with and she has helped me to step up my running.  Because of Melissa’s training and positive encouragement I’ve set recent PR’s in the marathon and won age divisions in the 5k.  Anyone interested in turning up their training in a positive environment should take a look at the Hansons team,

After having a baby in October, I knew I needed some outside help to get back into racing shape.  With high hopes for a sub three hour marathon, I decided to try out the Hanson’s Coaching Service.  Working with my coach, Melissa, has helped me train smarter and run harder.  After only four weeks of following a training plan that is tailored specifically to my needs, I set my 5k PR!  With Melissa’s guidance and the individualized plan she has created for me, I expect to set another PR at the Run for the Red Marathon on May 18.

While very new to Hanson Coaching services, the experience so far has been a relentlessly positive one. Finding the group through Luke Humphrey’s excellent book on distance training, I was thrilled to find out that there was an option for a custom training program and personalized coaching. Going into my third recent marathon cycle I realized that while I had many thoughts, ideas and great input regarding training, I felt that placing my confidence in an approach was really the right thing to do. Having direct support of a terrific, world class runner as a coach was an unexpected bonus. I’m very much looking forward to the impact of the guided training both for my upcoming marathon and my future races.

I would highly recommend Hansons Coaching Service to anyone looking to become not only a faster runner but a smarter one.

My experience over the last 10 months working with Corey has been fantastic!  The original goal was to get me back on track in regards to marathon performance after having some great performances, but then suffering with two DNFs in a row.  After the 2nd DNF, I reached out to Hansons coaching and signed up for the customized plan.  By working with Corey, I was able to achieve this goal within a few short months and hit very close to my original PR.  What is great is that I can now focus on working down my times through shorter races as well.  The flexibility of Hanson’s Coaching to provide advice outside of just a marathon has been a nice surprise.  I am a rather high maintenance runner when it comes to communication and Corey is always extremely responsive to any questions that come up.  He is able to help beyond just a training plan and provides thorough feedback on my racing schedule and even racing tactics and goals.  My workout feedback is reviewed several times a week and I enjoy getting the candid commentary that helps to pump me up with encouragement when I need it, but also to reel me in when I need a firm voice of reason as well.  I’m excited to continue my work with Corey in order to get the most out of myself that I can!  I highly recommend the Customized plan for anyone that wants a high level of communication and prefers a plan to be built week by week based on your personal goals and how you are progressing over time.