I ran CIM in the beginning of December and then took some time off. I was going through a lot of life changes so for the first time in a long time, running took a backseat on the priority list. I’ll have to admit, I didn’t really miss the training aspect. I still enjoyed the daily routine, but not the regimented routine I have been undertaking for the last 25 years!

As life began to sort itself out, I began to be accustomed to my routine. For a long time I had to be selfish with running (or at least I thought) and that left a lot of daily tasks to my wife. That always made me feel guilty and over time I think it was things like this that really affected our feelings towards each other. I always was an early riser, but it was usually to scramble to get around to meet the guys for an early morning run. Now I was getting up at the same time, but getting a couple hours of productivity done, school lunches packed, kid fed and dressed, and making sure bags were packed. Even after all that, I was out the door running by 9 am.

I started getting the desire to train again, but knew I had to change the approach a little bit. Not the philosophy, but just how this segment was to be approached. I had done two marathon segments in 2018 and ran two in 2017! I hadn’t even thought about that until writing this.

I had played around with more recovery and less mileage because I thought my body couldn’t handle what I used to do.

The truth is, it can’t, but it could handle a lot more than what I was doing. That’s a little off topic, as I still needed to change this segment. I had a ton of marathon work in my system, so I wanted to work on just being able to run faster. I hadn’t done much of anything under 5 minute pace (per mile) in a very long time and I want to get back to where that feels comfortable. However, this winter was pretty rough and I did a lot of simulated efforts on the treadmill. When I got outside, I tried to run faster. During the the last 6 weeks, I was able to get in the staple workouts of a Simulator and a 2×6 miles. I was pretty confident, at least in my ability to run respectable, but honestly, I knew it was going to be a little bit of a crapshoot.

Overall, from the first week of February until the week before the race, I averaged about 105 miles per week.

Not bad by any means, but a little less than what I averaged before CIM and about the same as what I averaged before Bayshore in May. I felt good physically. My back was in decent shape and my head was clear. My stress levels had decreased significantly. So, heading into the Glass City Marathon, I had two goals- 1) Was to compete for the win and 2) Run under 2:20.

The nice thing about this race was that it was close- about an hour away from home. Nikki and I still got a hotel room in Toledo, but just for convenience. Given the fact that our hotel for Boston two weeks earlier was in the 4 figures, this was nothing! We checked in and then headed over to the expo to pick our race packet up. Part of my elite entry included helping out for a couple hours at the expo, so I fulfilled that duty. Talking to the elite athlete coordinators gave me a lot of info and I knew the competition I was going to be racing against the next morning.

As expected, the weather deteriorated over the evening and into the night, but all reports said the rain was going to be gone, which was my biggest concern.

There is nothing worse than a cold rain. The morning was cold.

As I stood on the starting line I was pretty calm, but anxious to get going. I wanted to see how this thing was going to unfold. The half marathon and the full marathon run together for the first 9-10 miles, so I knew there’d be a good range of paces at the start. The race started and of course all the local hero’s went blowing by for their few minutes of fame. I was glancing around at bibs to see who was full and who was half marathoners. There was a couple guys that were on there own and then everyone else seemed to just kind of pack up. We started looping around the outside of the U of T campus and I tried to tuck in away from the wind. It was funny because there was so much back and forth with the pacing, so I just tried to stay calm. All was pretty well through the first 5-6 miles. I just ran my pace and let those young guys throw the sneaky punches. Looking at my splits, I was pretty steady at 5:18 ish pace. Miles 5 and 6 were 5:12 range, but I think we were with the wind.

However, by 6 miles, they must have tuckered themselves out and all of a sudden I was in front. Knowing the field, I knew that I had to set myself up for the best chance to win, so I stayed on the pace. I never pushed the gas to the floor, but I stayed honest at 5:18-19 pace. It was cold, and it was windy, so the field started falling apart. Pretty soon it was just myself and the eventual winner. From miles 7-15 we worked through a nice neighborhood and then into a big metropark and were on a bike path. We ran side by side all the way through 15 miles. I never felt like I was over the edge, but I felt like that was as fast as I could go without getting over the edge.

As we exited the park at 15, we made a right hand turn and this guy just blasted it. I ran 5:15 for that mile and he just dropped my like I had made a pit stop, or something.

To make matters worse, we were dead nuts straight into a headwind, too.

So, there was the break and he spent the next two miles putting a big distance on me. At that point, it was a matter of holding on. It just stunk because he was too far ahead to be in contact and I was all alone with third being a couple minutes back. No man’s land is incredibly lonely.

I am proud that the gap didn’t get any worse. At mile 20, or so, the biker next to me told me the gap was about 50 seconds and that’s where it stayed. As we headed back to campus, my calves were starting to cramp and my quads were fried. I was just spent and managing myself.

The wind definitely played a role with me. I looked at a couple calculators and a 10 mile head wind can add 10-20 seconds per mile, pretty easily. I would say that you throw in the factors of dehydration, being tired already, and then running completely alone for 10 miles and there’s a lot going on there. All in all, it was 2:22 and second place. I competed for the win for a long time and was on sub 2:20 pace for 20+ miles, but it ended rough.

Now’s the time for too much information. I didn’t pee for almost two hours after the race. When I did, it was so brown I thought it was blood. I am telling you this because it’s important. I dehydrated myself really bad and that also had an effect. The thing is, I was really good with gels. I took 5 Isagenix Fuels. One right before and four during the race. However, it was so cold I couldn’t grab water.

I would be surprised if I took in 10 oz of water during the whole run.

That’s such a bummer, too. That’s a rookie mistake and it’s frustrating for myself. I’ve been doing this for 15 years and you always have to remember the basics!

The next couple days were brutal! I could barely walk. However, by Saturday, I felt good and went for a 3 mile jog. It was slow, but spring had finally come and I wanted to get some sun in! I ran the next week until mothers day. My hip was a little sore, but now it’s all good. I even started doing strides this week!

I feel like I have one or two more chances at a Trials qualifier.

Right now, I need to step back from the marathon. I want to race some shorter races and get to where I can handle some things I haven’t done in a long time. My plan is to build up with a 5k and a 10k in June and July. Then run the Crim 10 Miler in August. From there I’ll transition right into marathon training for Indy on November 9th. I think there will be quite a few guys going after sub 2:19 and it’s a great course and race. It should be fun! I also want to get back to more strength. I keep saying it, but it’s my downfall!

At the end of the day, training for Glass City helped me transition to a new chapter of my life. I didn’t win, but I raced hard. I learned how to train without the reliance of a team. And I feel good with a lot of things in my life and my family! So, here’s to the rest of 2019. 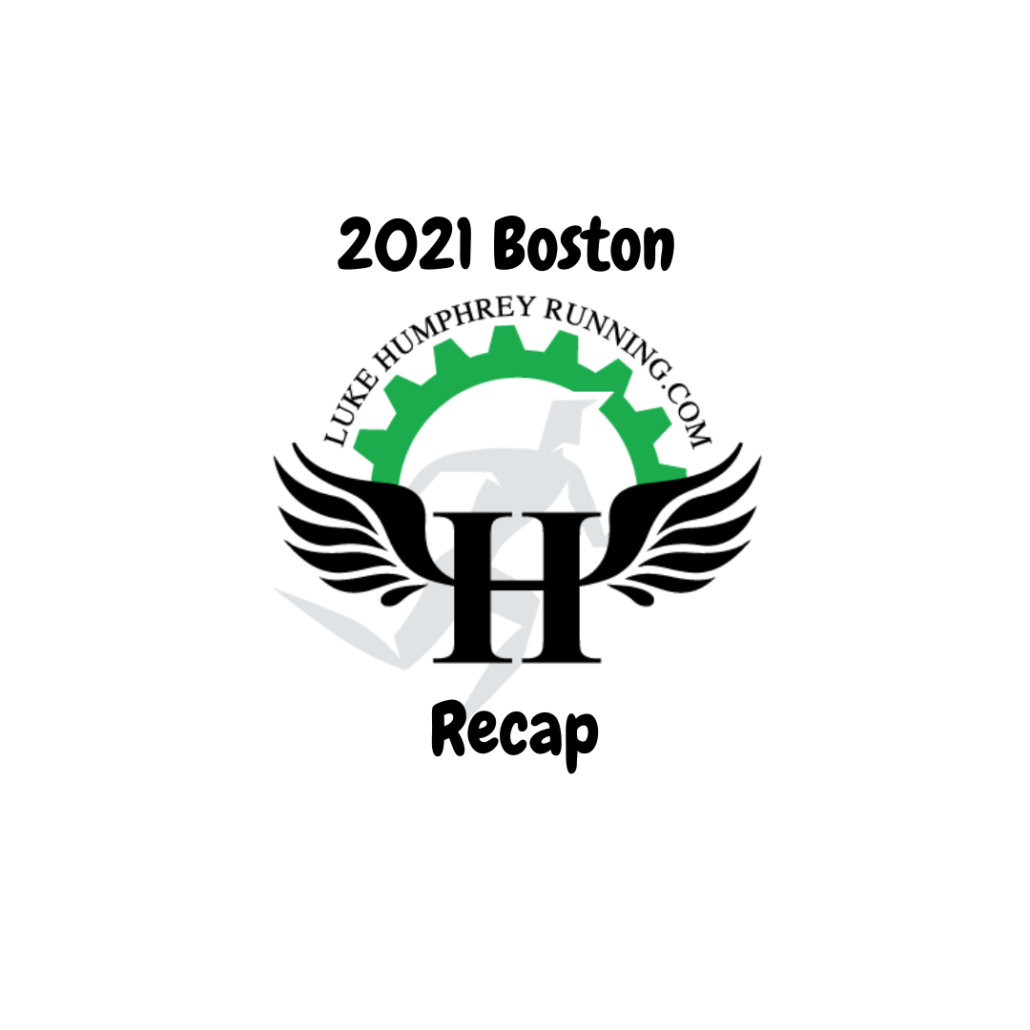