Muscle cramps have been a stitch in the side of many since ole Achilles himself ran a marathon. When I began running, cramps were not understood at all. Heck, Gatorade was only available in a glass bottle and was the only option for fighting off the spontaneous rapid muscle contractions. Even today, it’s not completely clear what’s going on, but we’re making some headway.

Forever, we have been told that dehydration and subsequent electrolyte imbalances were the reasons behind muscle cramps. Yet, despite all the electrolyte and fluid options out there, there never really seemed to be too much progress in dampening the occurrence of the cramps. What we now know is that these two factors are important, but they aren’t the mechanisms causing the cramps. Rather, they cause a lowering of the threshold it takes to trigger the contractions via neuromuscular actions. So what is the actual cause of the neuromuscular actions? That’s the question still remaining to be answered, but like a lot of things, there’s no one factor. The most popular are age, genetics, (un)trained muscles, previous injury, and unaccustomed fatigue.

My personal take on it is this- dehydration and electrolyte losses are markers or warning signs. These would also be signs that fatigue is setting in. By themselves, they don’t represent the cramp, but they are warning you that the other mechanisms are in place. Couple this with fatiguing slow-twitch fibers, you are now forced to bring in more intermediate and possibly even fast-twitch muscle fibers. If these haven’t been stressed at all in training, then you create the perfect storm for the cramps to take place. To me, whether it’s age, injury, etc, it all boils down to the fatigue reaching point where the muscle fibers and nervous system are out of sync and the cramps start firing. This is just personal theory.

More importantly, how can we fix the issue, or at least minimize it?
Stretch the area regularly. I would even throw in deep tissue massage or trigger point therapy to break up adhesions, scar tissue, and knots in problem areas.
Strengthen the muscle groups. Particularly the calves and hamstrings. From my experience, these are the most common trouble spots, which happen to be the most neglected areas. Yes, even if you do 100 squats a day as most of us are very quad dominant on those movements.
Keep it spicy. This one is a surprise to me but seems to have some legs. Spicy peppery foods have been found to “numb” the motor neurons and make them less susceptible to random firing. Mixtures of ginger, cinnamon, and capsicum were found to reduce the frequency and intensity of cramps by three times. It works within a few minutes and lasts up to 8 hours. This is where the idea for the product Hot Shots (I am not affiliated with at all) came about. If you are doing the first two items already or want some race day insurance, it might be worth a try. Just practice a few times so you can work out the timing and know what kind of effect it will have on you.

Has anyone tried Hot Shots? I would love to hear your feedback! 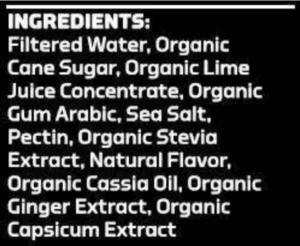 Cramps: Are you spicy enough?